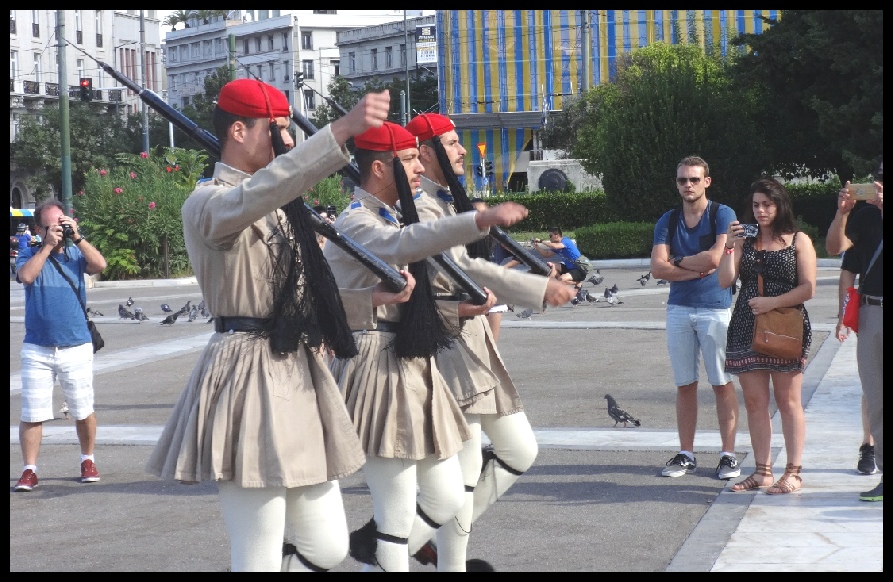 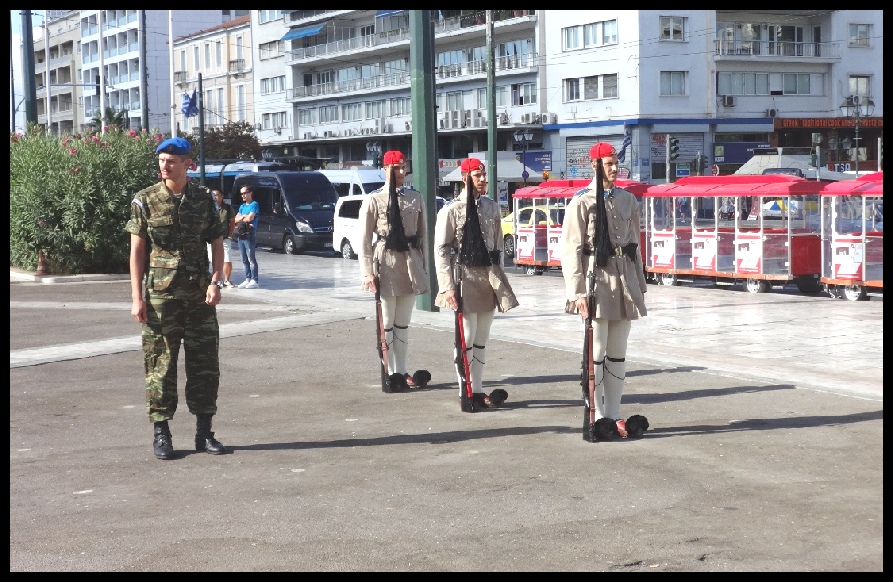 BELOW : These soldiers guard the Tomb of the Unknown Soldier, in front of the Greek parliament building in Syntagma Square, Athens. Two soldiers stand guard, in one hour shifts, around the clock. On the hour, one soldier marches the new shift to the tomb, for the changeover.

BELOW : Many tourists gather to view the changing of the guard, and as with most occasions these days, the cameras record it all for posterity! The guards are part of the Presidential Guard, known as The Evzones, or Evzoni. 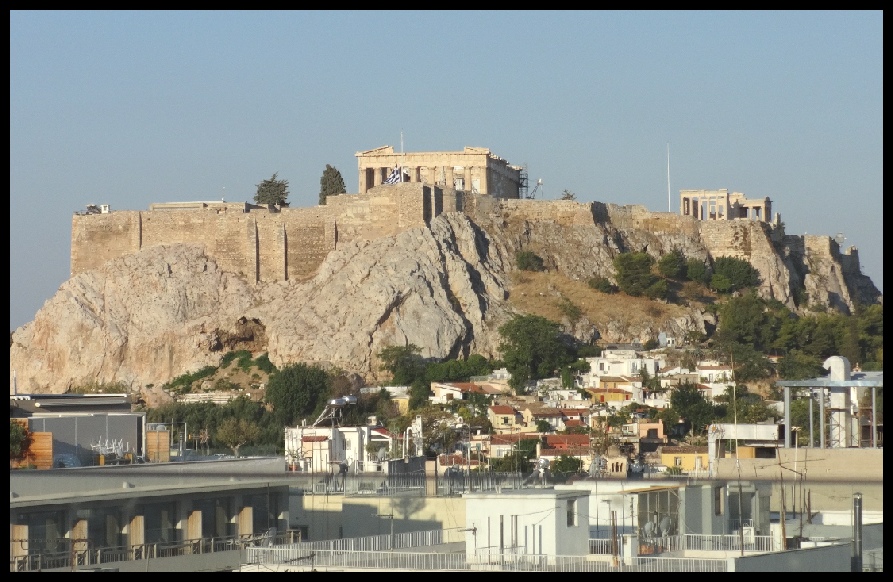 BELOW : A ‘zoom’ view of the Acropolis, taken early one morning from the rooftop of our hotel in  Athens.

We stayed in a hotel almost opposite the parliament building, and adjacent to Syntagma Square. 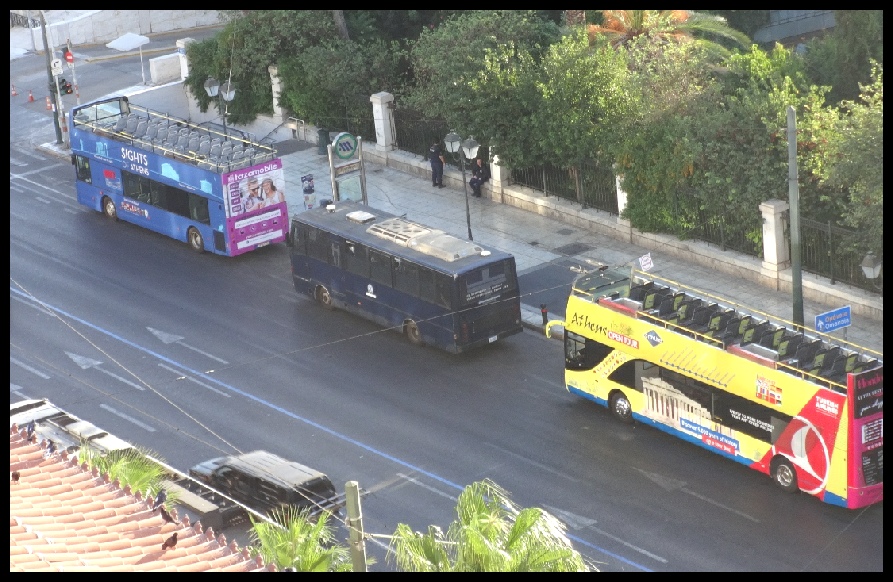 BELOW : Looking down from the hotel rooftop, a Police Bus, apparently being escorted by two of the topless tourist buses (No, not buses for topless tourists !) about to pass in front of the parliament building. 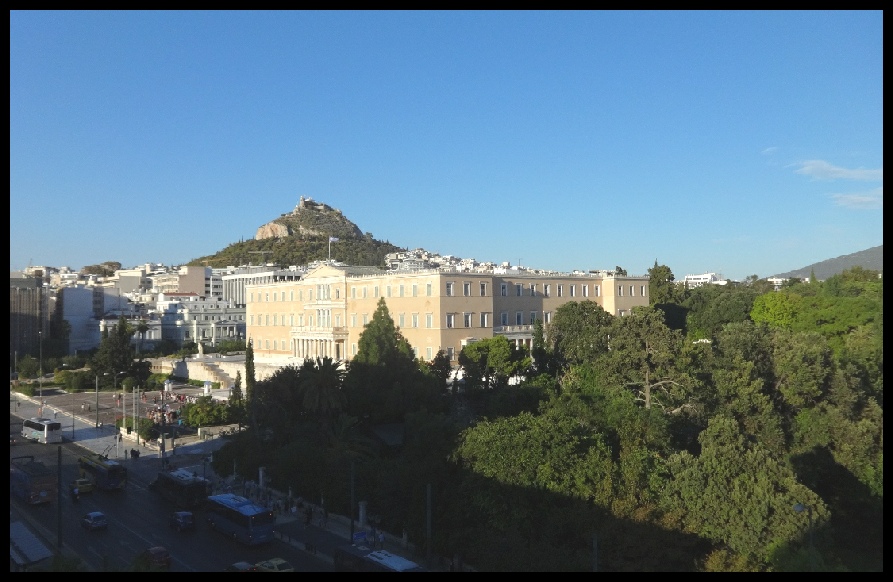 BELOW : Still on the rooftop, looking across the road to the Parliament building. The next photo is taken from the same spot, with maximum zoom, showing the hill (Lycabettus Hill) which is in the background in this photo. 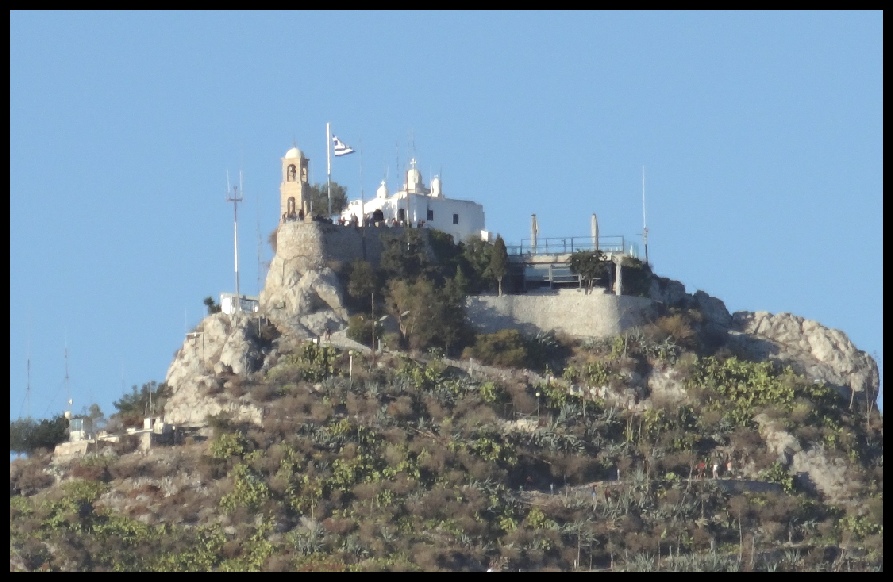 BELOW : Lycabettus Hill, which is 278 metres high, is located in the centre of Athens. In ancient times the hill was covered by lush vegetation and on its top stood a temple dedicated to Zeus. You can walk to the top, or travel on a little cable car. We chose the cable car, and our legs were appreciative ! 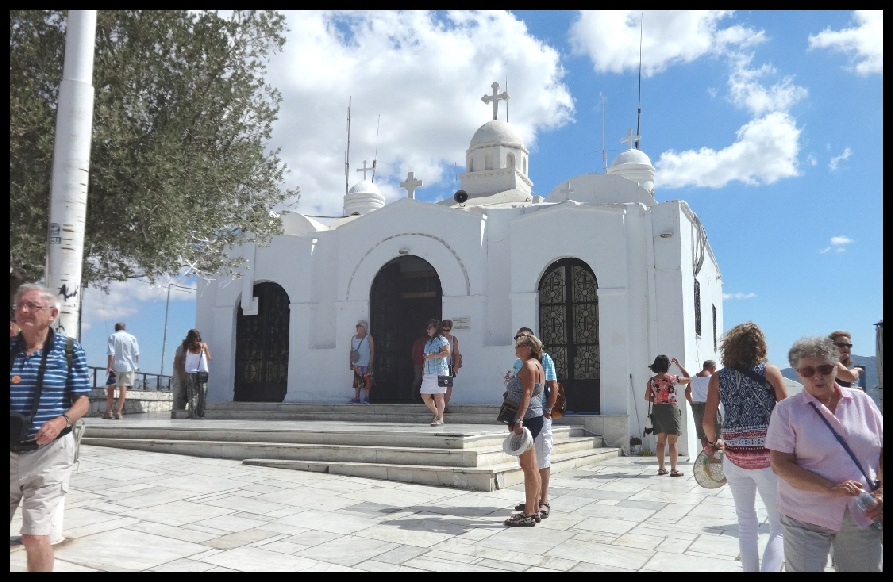 BELOW : This is the little church on top of Lycabettus Hill. (Seen in the photo above). This is a popular tourist spot, as there are great panoramic views over all of Athens, and a cafe with indoor and outdoor seating areas. 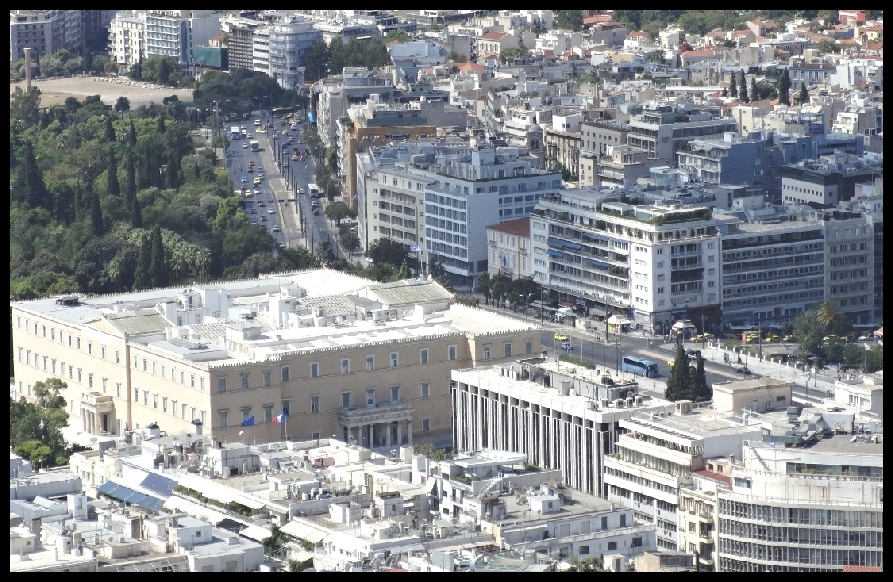 BELOW : Looking back, from Lycabettus Hill, to the Parliament building (side on), and our hotel. 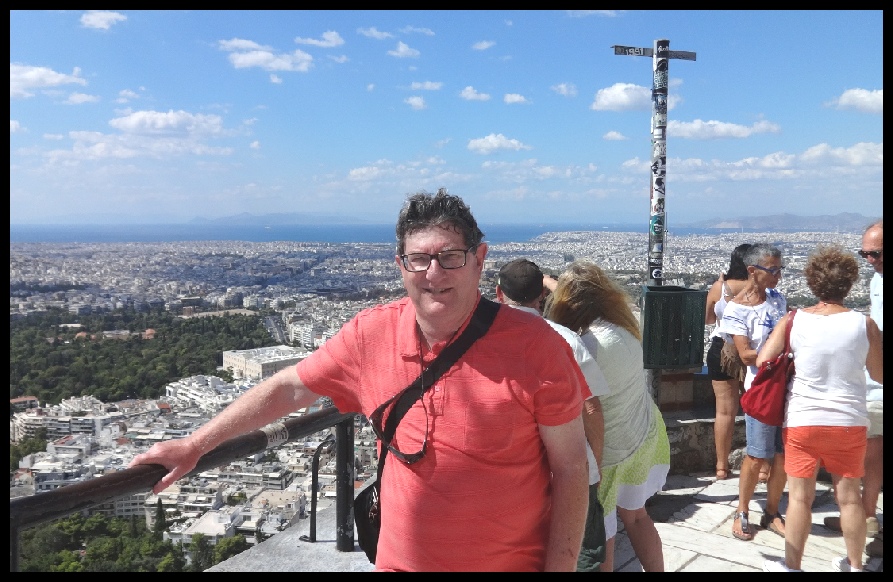 BELOW : The Parliament building is just above my right elbow, and all the greenery is that of the Garden of the Greek Presidential Mansion, which is adjacent to the Parliament building. In the far background you may be able to see some of the beautiful blue of the Agean Sea. 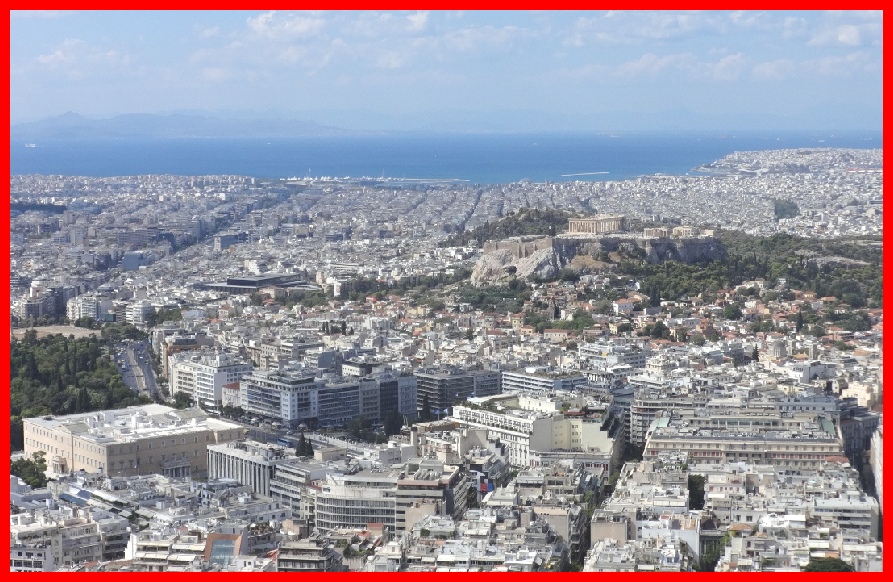 BELOW : Still taking in the sights from the top of the hill. You can see the Acropolis in the mid right hand side of this photo. 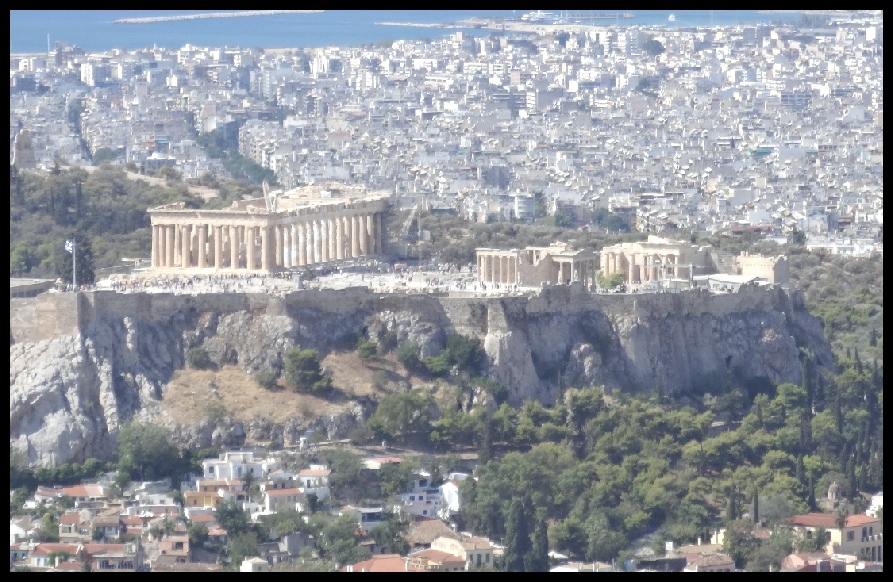 BELOW : Another zoom photo from the hill, there seem to be a lot of ants crawling over the Acropolis today . . Oh wait . . . They are people !  It is a very popular place to visit.

BELOW : A view of part of the cafe, on the top of Lycabettus Hill. 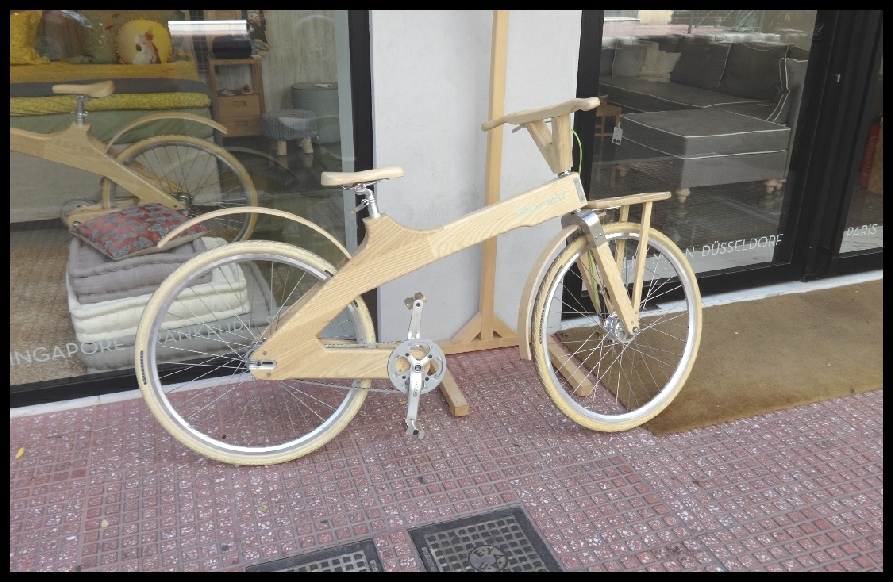 BELOW : We have descended from Lycabettus Hill, and as we walk along this street in Athens I am amazed at the bike which is primarily constructed in wood. Not something I have seen in my home town ! 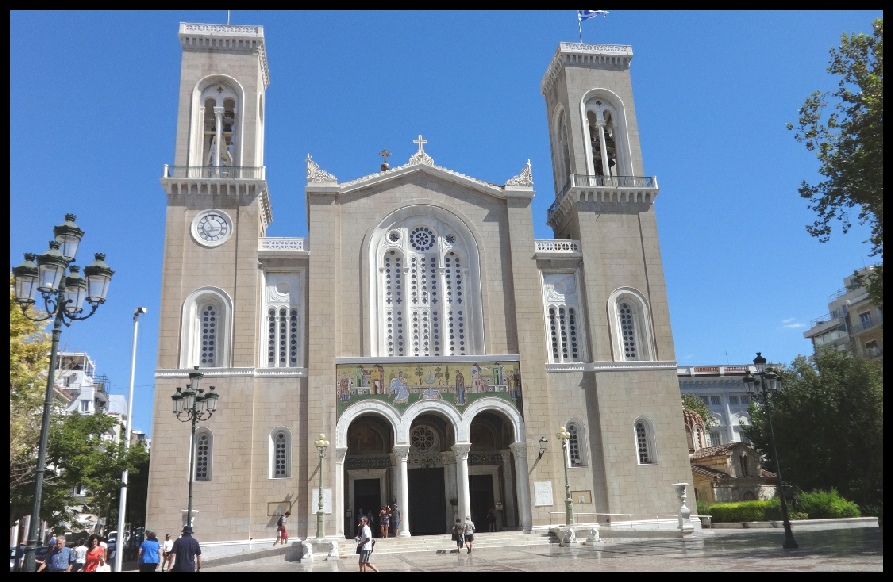 BELOW : The restoration works at Athens Metropolitan Cathedral were finally completed in April 2016, after being commenced following an earthquake in 1981. The church was originally constructed in 1863. 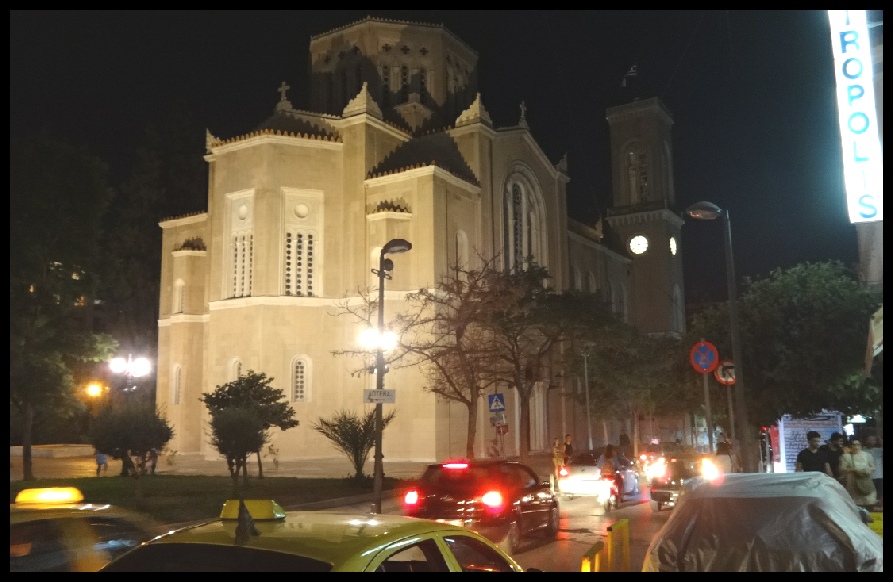 BELOW : A night time shot of the Cathedral from the opposite end. 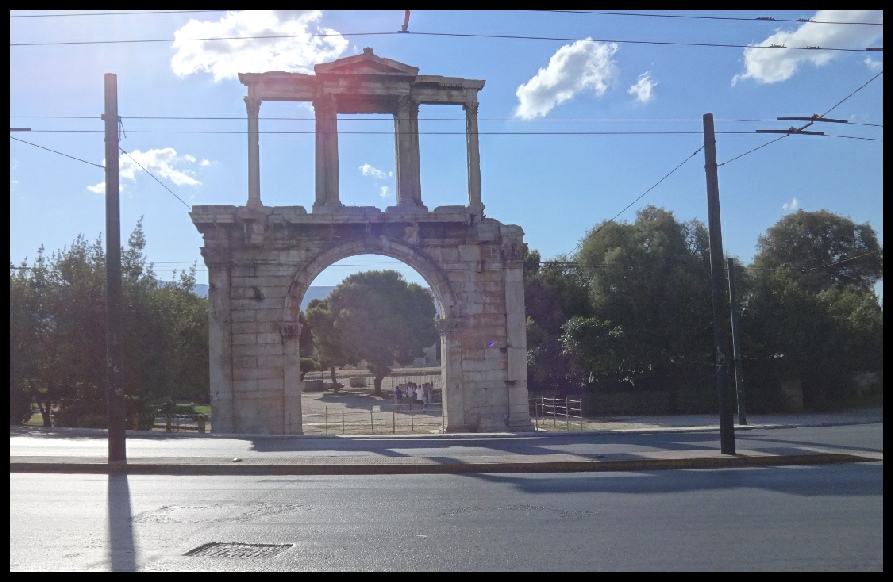 BELOW : A shot of Hadrian’s Arch, looking back towards the Temple of Zeus.

BELOW : Looking back from the opposite side of Hadrian’s Arch, and you can see another view of the Acropolis, nicely framed by the arch. 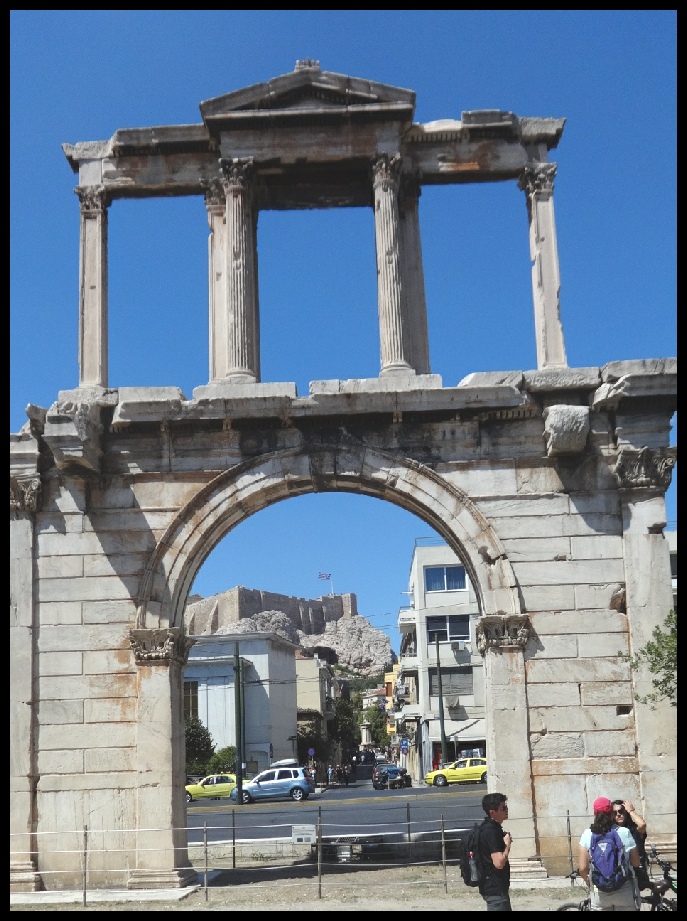 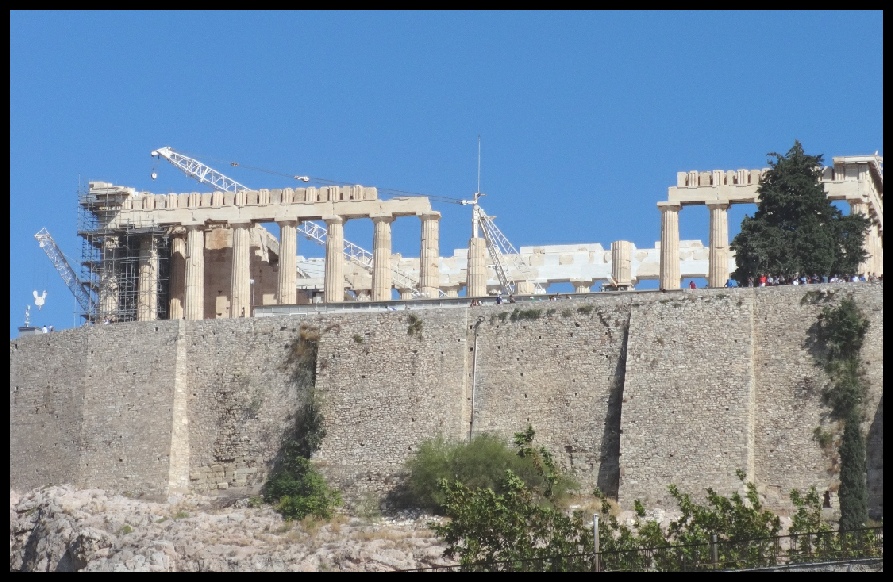 BELOW : Another lengthy restoration project is that of buildings on the Acropolis site. This is a view of the Parthenon, taken from below, standing at an outdoor cafe, outside the Acropolis Museum. 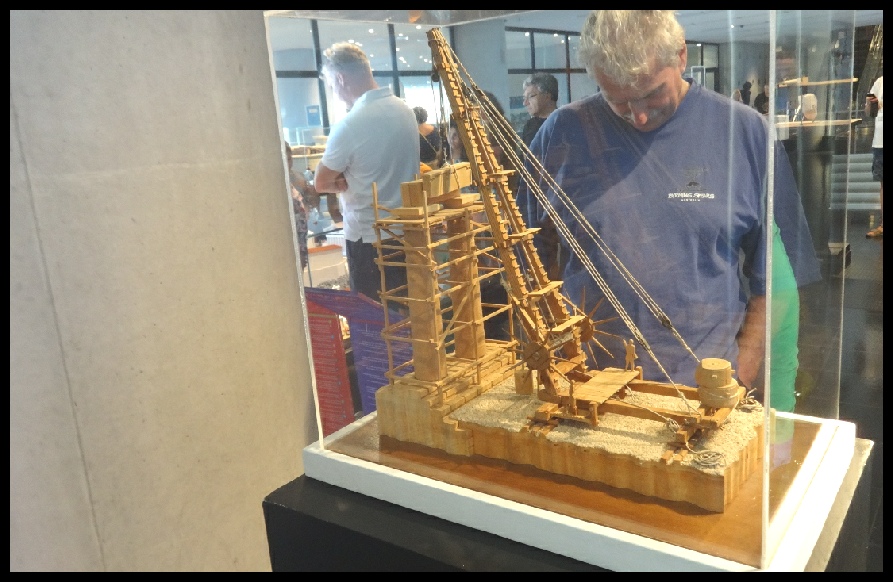 BELOW : Inside the Acropolis Museum, are many archeological exhibits. Here, one of the visitors (my brother) can be seen viewing a replica of the wooden scaffolding and pulley system which was used to construct the marble columns of the time. 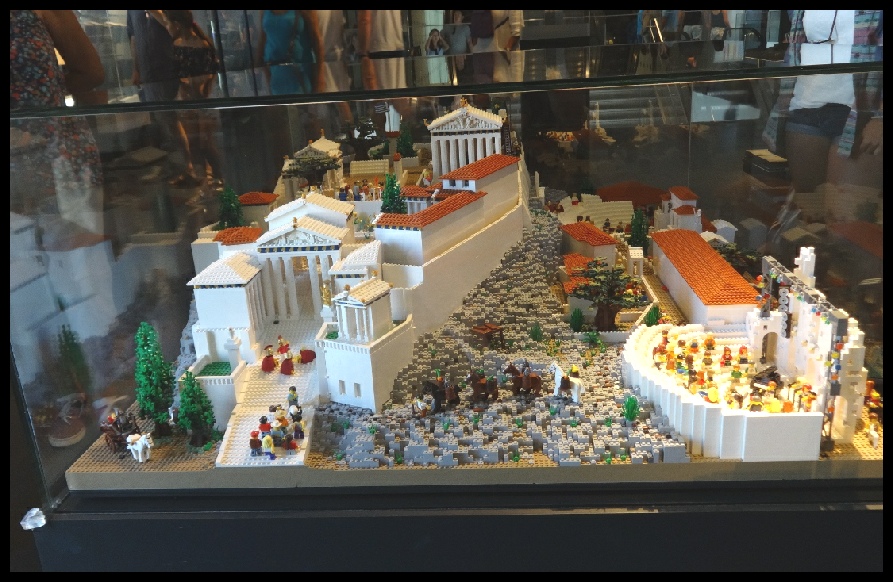 BELOW : This exhibit is a sign of the times we live in. It is a glass encased Lego construction depicting buildings on the Acropolis. It would certainly be cheaper and faster to use life size Lego blocks to replace the real Acropolis, however, I think some of attraction would be lost in the translation ! 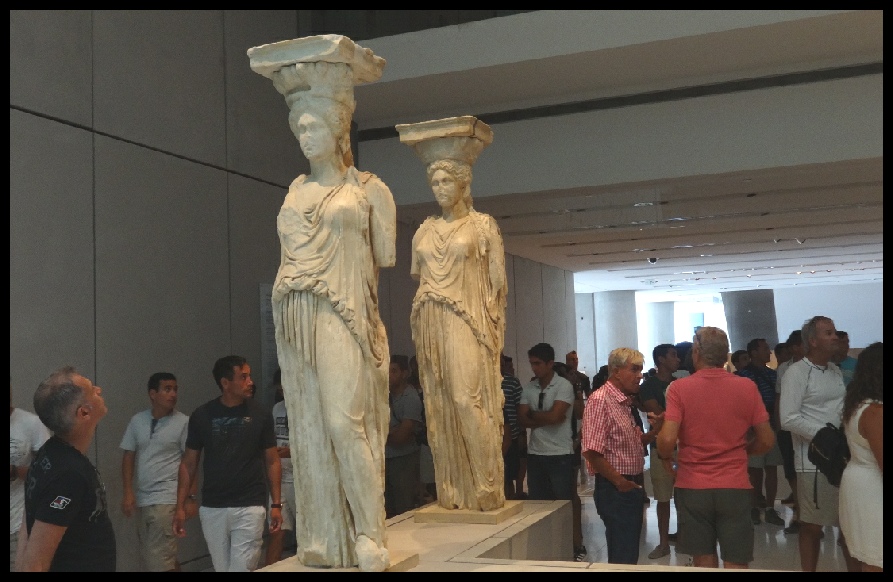 BELOW : I wonder at what stage we evolved into being a species who only have hair on our heads ? 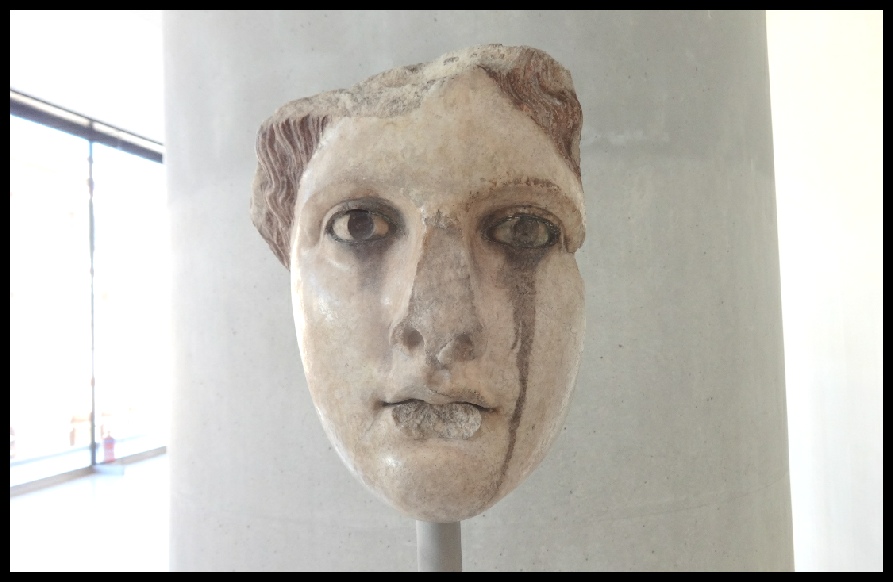 BELOW : A teary sight in the Acropolis Museum, she must have just heard what the renovation budget will be for the Acropolis re-construction. (For someone from the 2nd Century AD, it would come as a shock !) 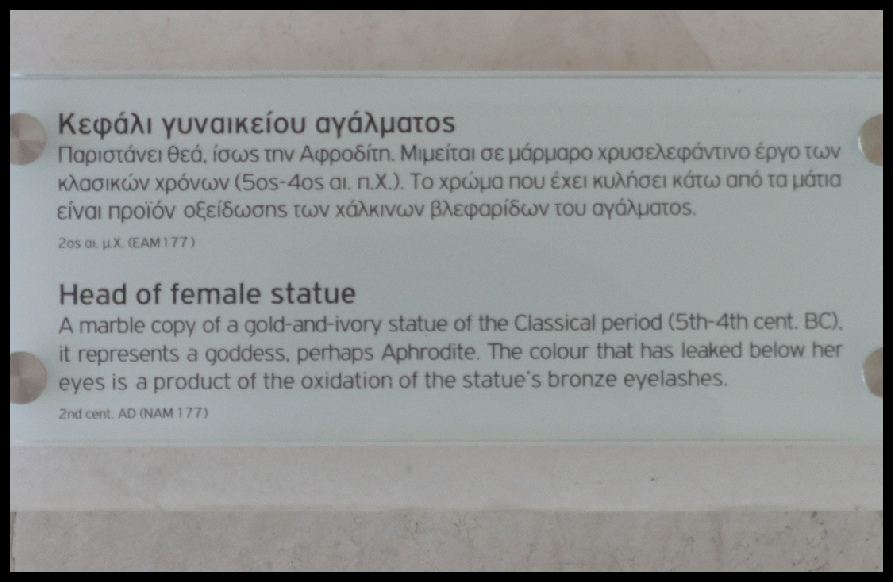 BELOW : Another perspective on the story of the head above. 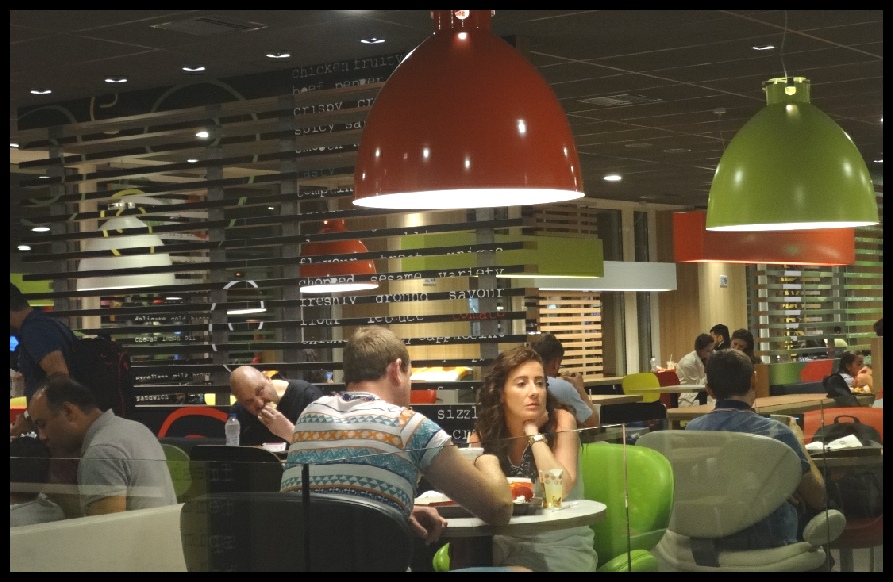 BELOW : I was quite taken by the size of these lampshades in a restaurant at Athens airport. 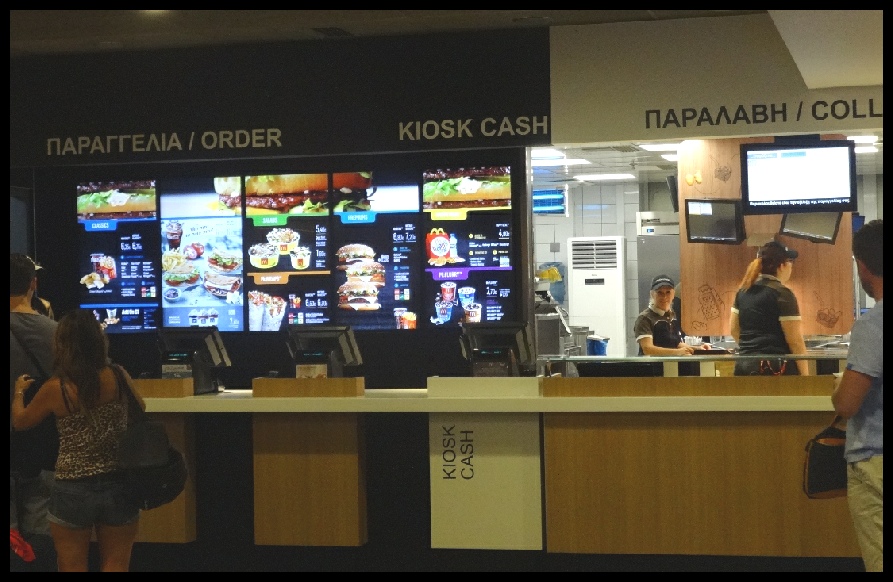 BELOW : Yes. you were right . . . It is a McDonald’s restaurant. The Greeks even do McDonald’s in style ! 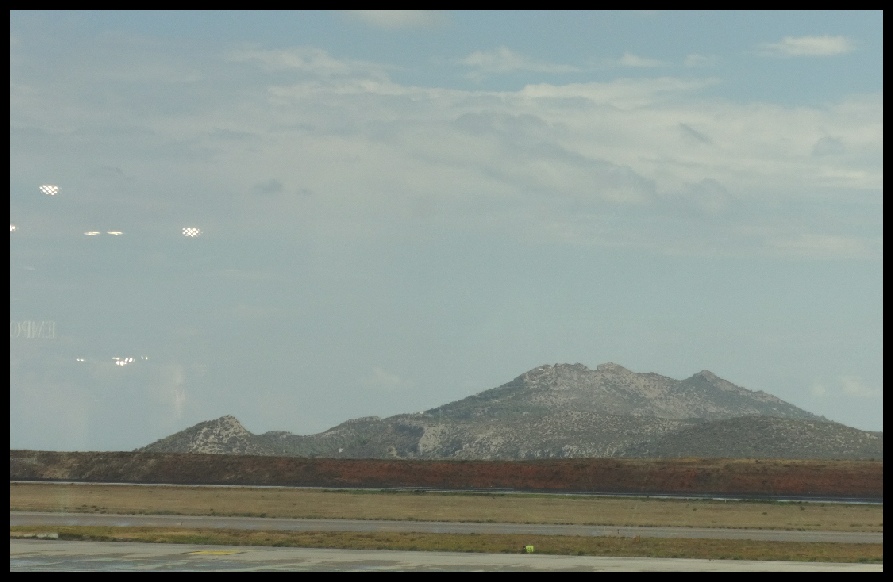 BELOW : Hills in the background, and part of the Athens International Airport runway in the foreground.

They are not UFO’s on the left hand side, it’s the reflection of lights in the glass between myself and the view. But hey, if you want to be a conspiracy theorist, don’t let me get in your way ! 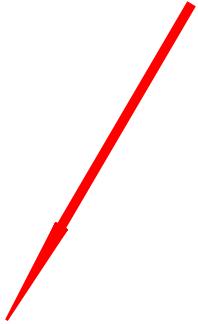 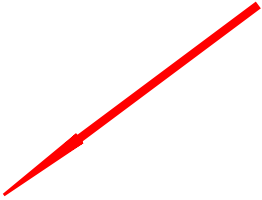