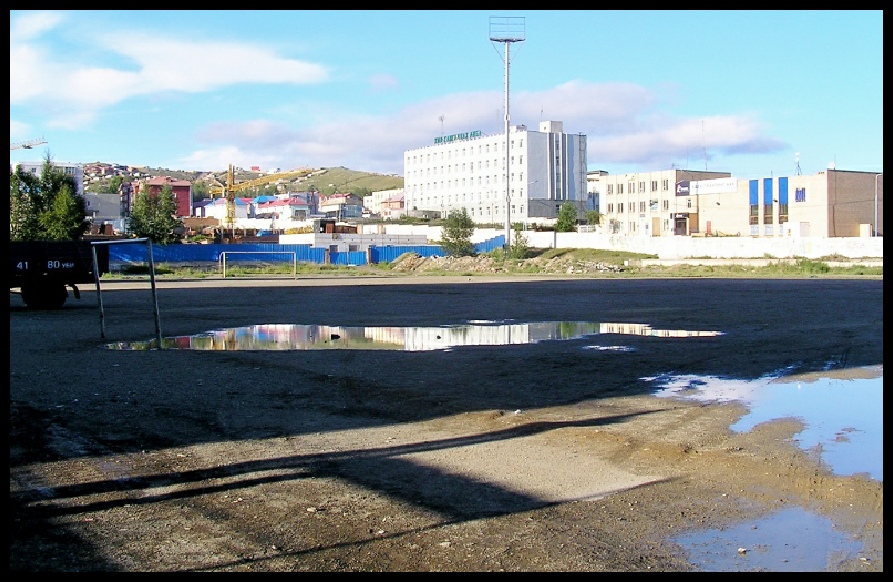 BELOW : The soccer field does not have to be mowed at any stage of the year ! 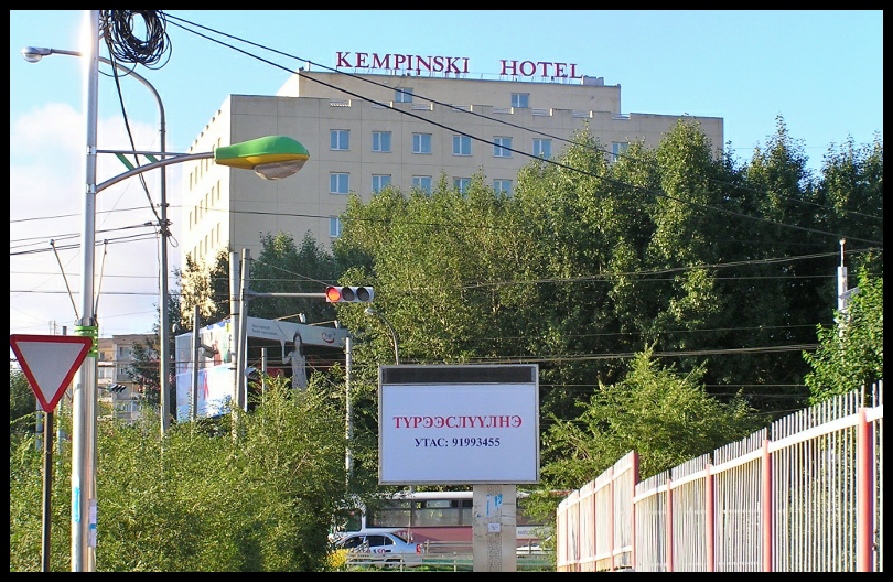 BELOW : A hotel about 5 minutes walk from where David and Wendy were living in 2010.

BELOW : There are a lot of apartment buildings in the suburbs around Ulaanbaatar.

BELOW : The side of a hill has been used to create another artistic display to honour Chinggis (Genghis)

Khan. In this instance, white painted rocks have been used. 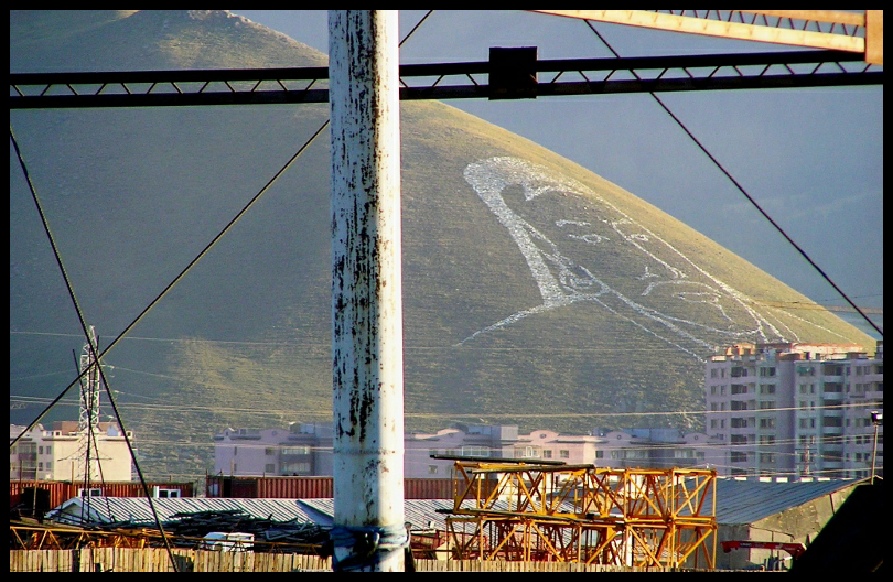 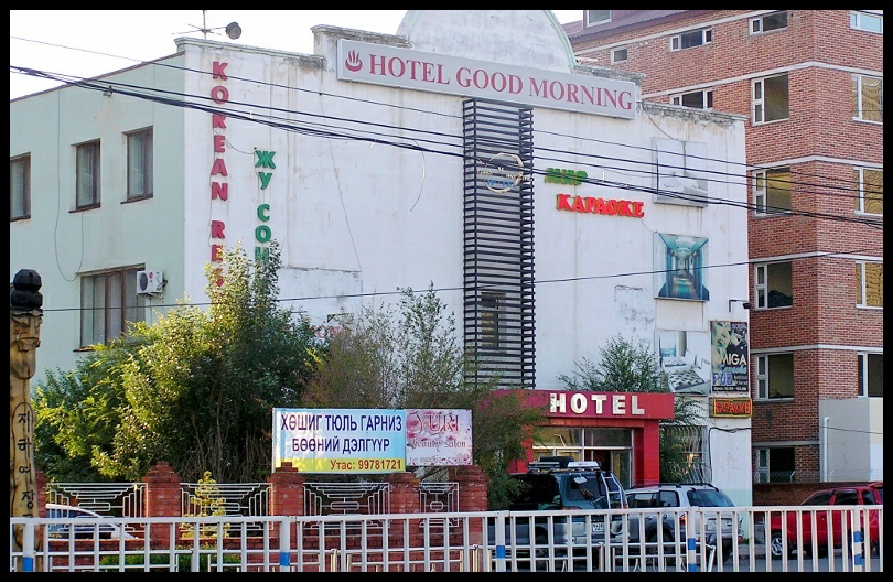 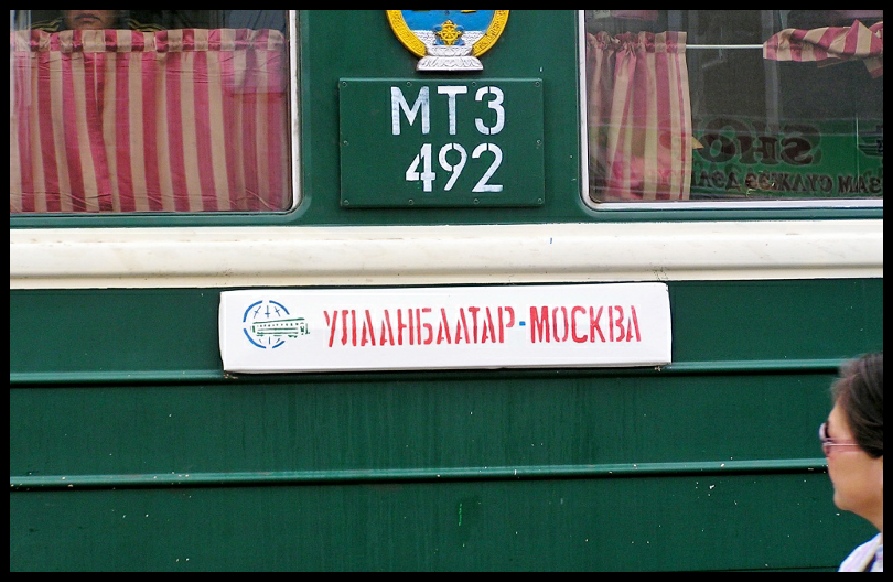 BELOW : Today we have come to Ulaanbaatar railway station to farewell a couple who are returning to New Zealand. They are catching a train that will take them from Ulaanbaatar to Moscow. 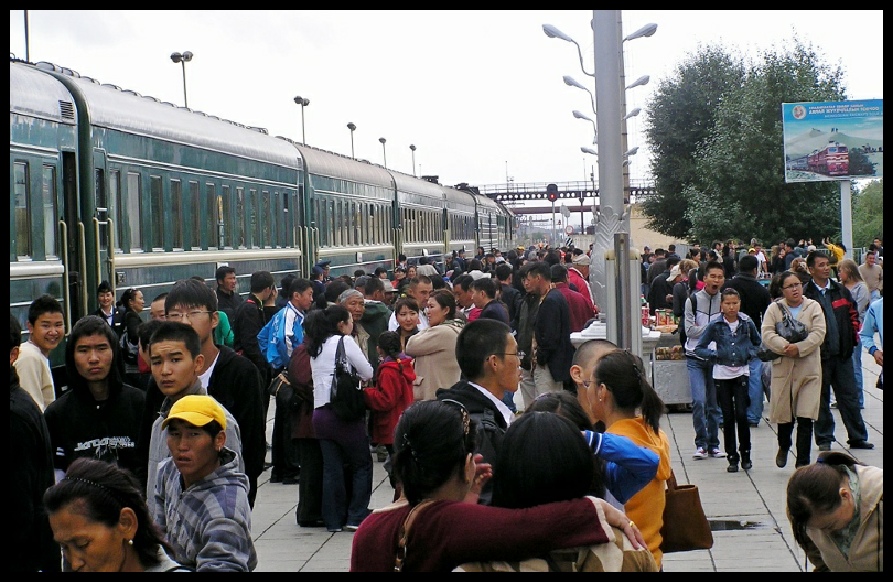 BELOW : There are just a couple of other people who are on the platform also fare welling family and friends. The journey on this train will be about 5 days. There is no dining car, you need to take your own provisions and eating implements, however, hot water is available in each carriage. There are stations where the train stops that do have food available, so I imagine plenty of sales occur at those stops. 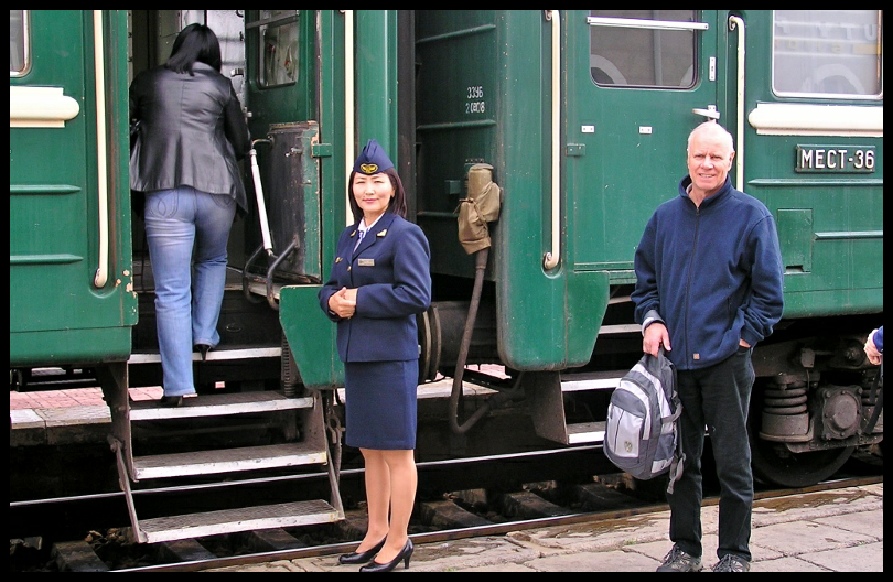 BELOW : Not all travellers will be going the full distance to Moscow, during that 5 days their will be many changing faces along the way. David wasn’t going anywhere, but I got him to stand near the train so I could inconspicuously capture a photo of the ‘railway staff’ uniform. 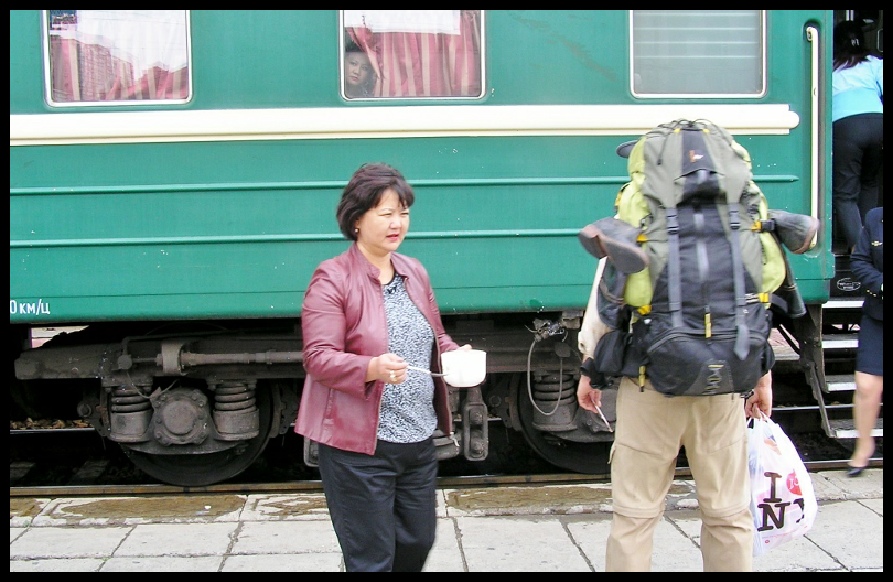 BELOW : This lady had just finished splashing a liquid near the wheels of the train (you can see the marks on the platform). This was a ritual, observed by some of the Mongolians, for safe travel. 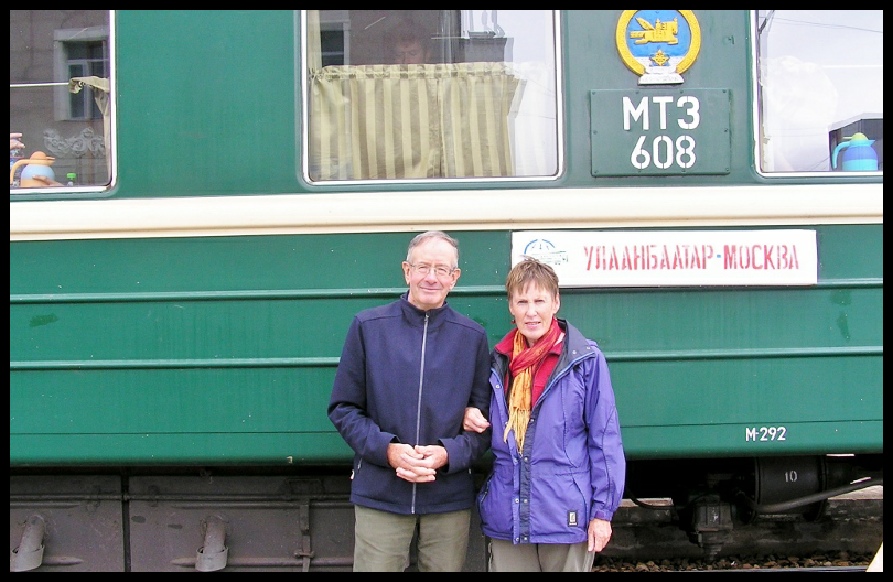 BELOW : The New Zealand couple. They had been working for about 3 months, based outside of the city in one of the farming areas. They had been passing on their knowledge, (acquired from years of farming in the very south of the South Island in N.Z.), to local Mongolian farmers. They had learned (from previous trips on this train) to take a good supply of ‘soup in a cup’, which became almost another currency at certain stages of the journey ! 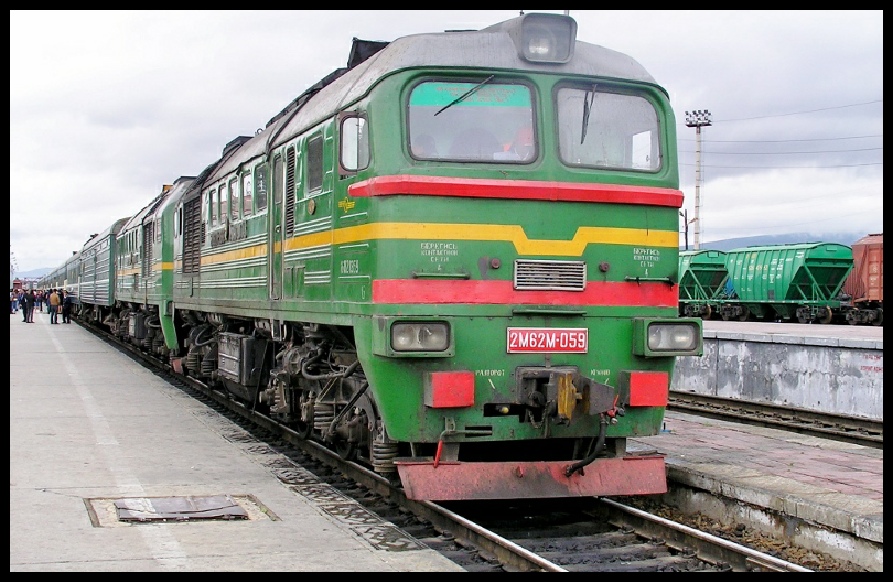 BELOW : Two diesel engines lead the way on this 5 day journey. 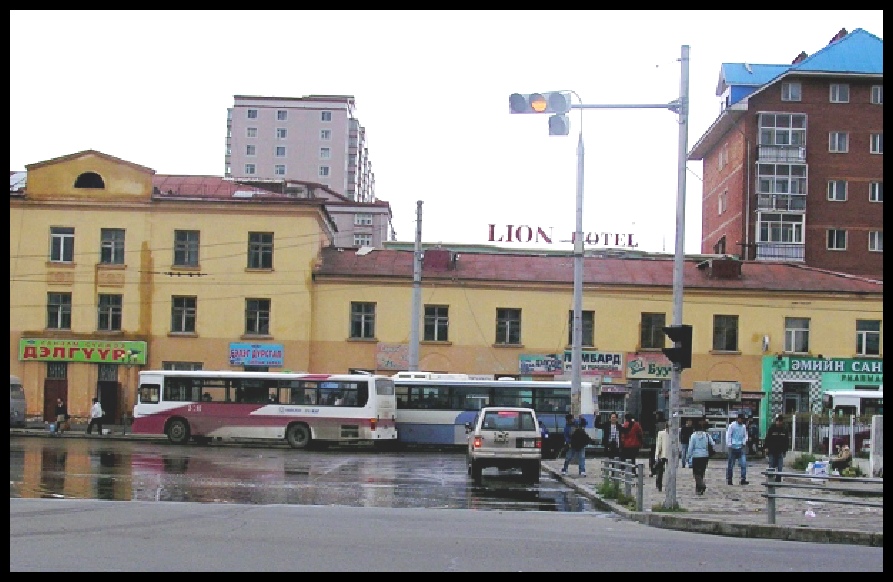 BELOW : In Australia we would most likely call this the Railway Hotel . . Right opposite the Ulaanbaatar railway station.

BELOW : The main office building at Ulaanbaatar railway station. 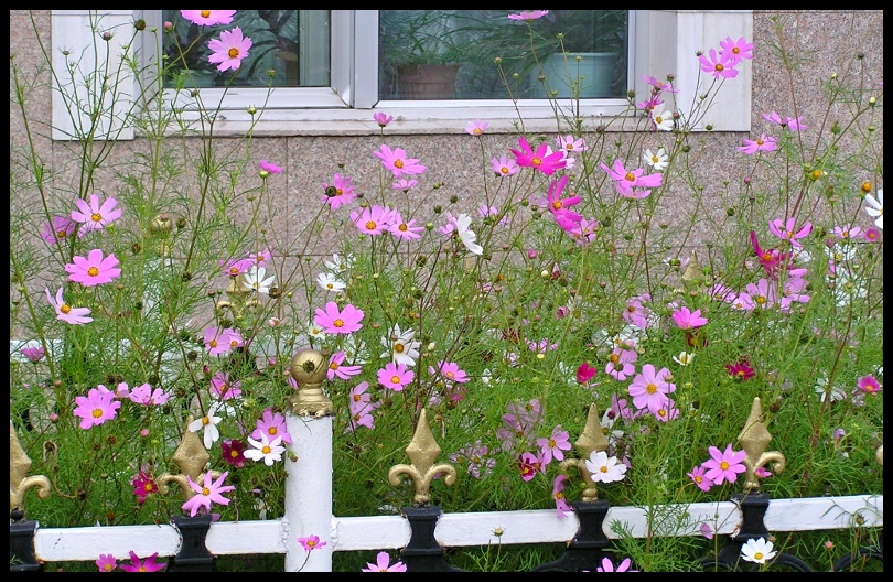 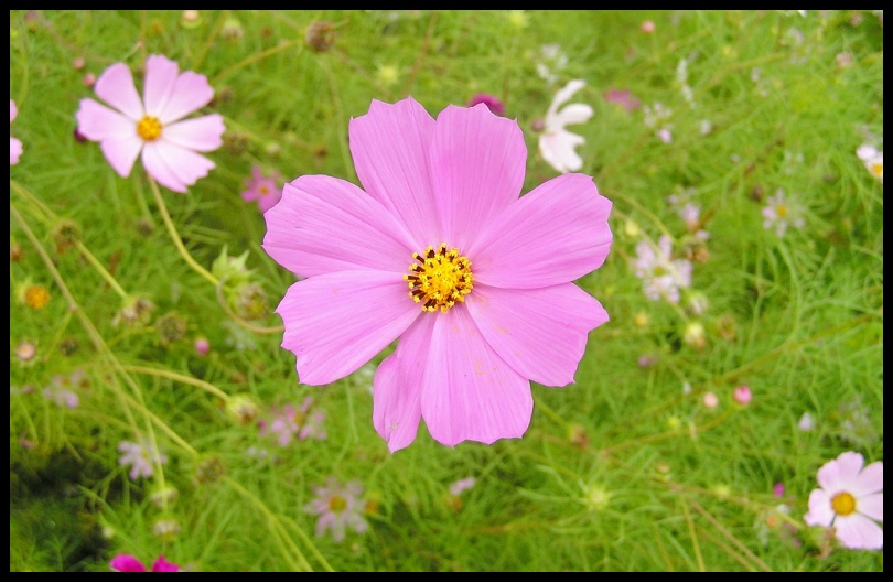 BELOW :The garden, outside the main office building, in the photo above.

BELOW : The same garden.

BELOW : The locals have many ways of making money. This man offers two different services : You can use his satellite phone to make a call, for a couple of dollars per minute  OR  you can use his scales to weigh yourself . . The choice is yours ! 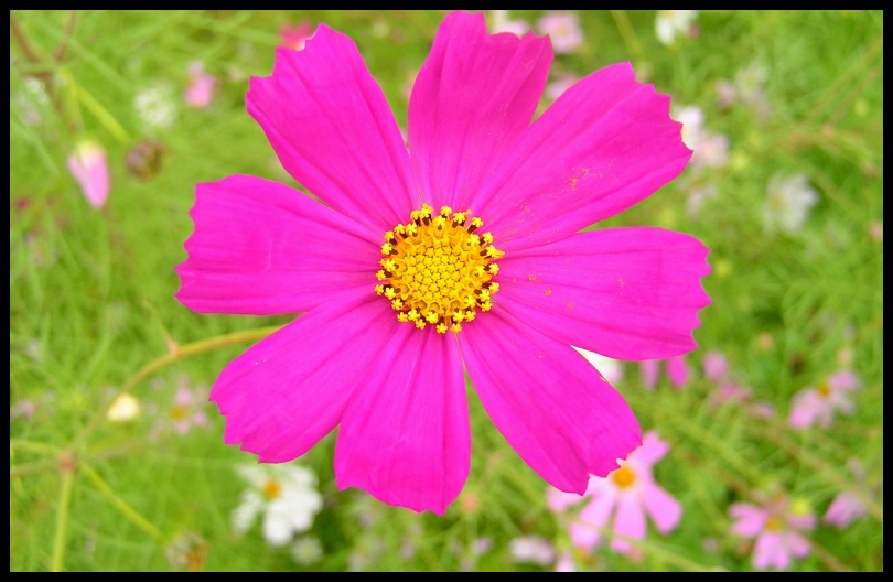 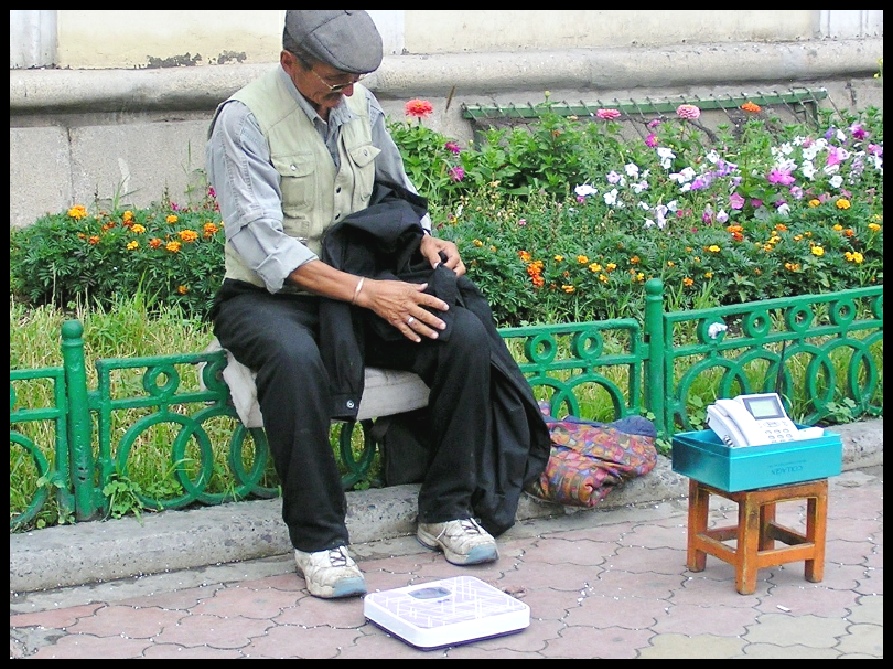 BELOW : As you can see new and old apartment buildings reflect the contrast between poorer and richer people, who live side by side. 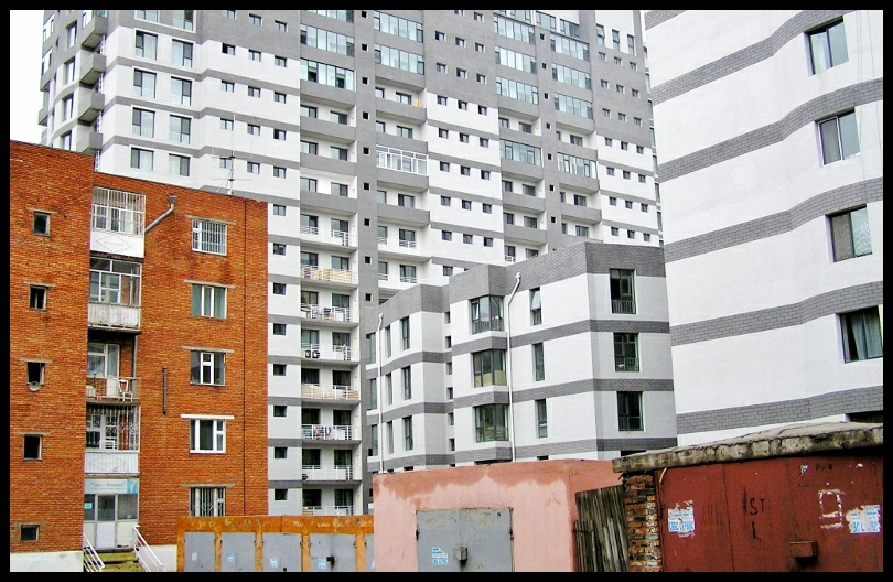