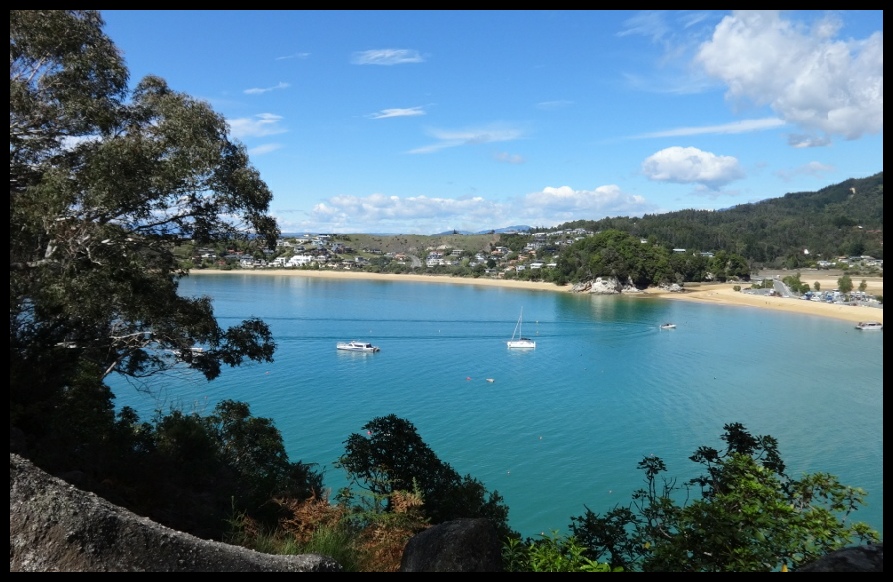 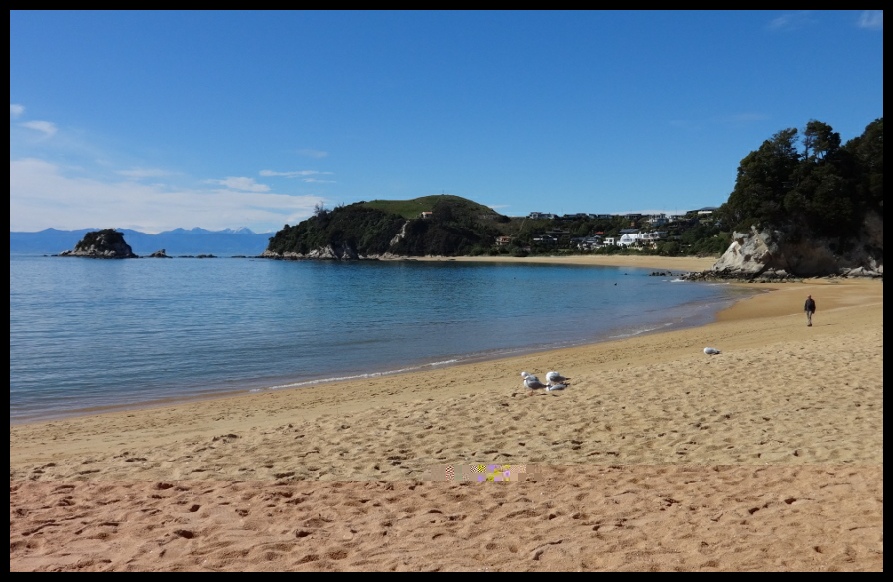 BELOW : A short drive from Motueka can take you to Kaiteriteri, where you can take in views of the beach while enjoying a cup of coffee or a snack, at one of the cafes opposite the beach. 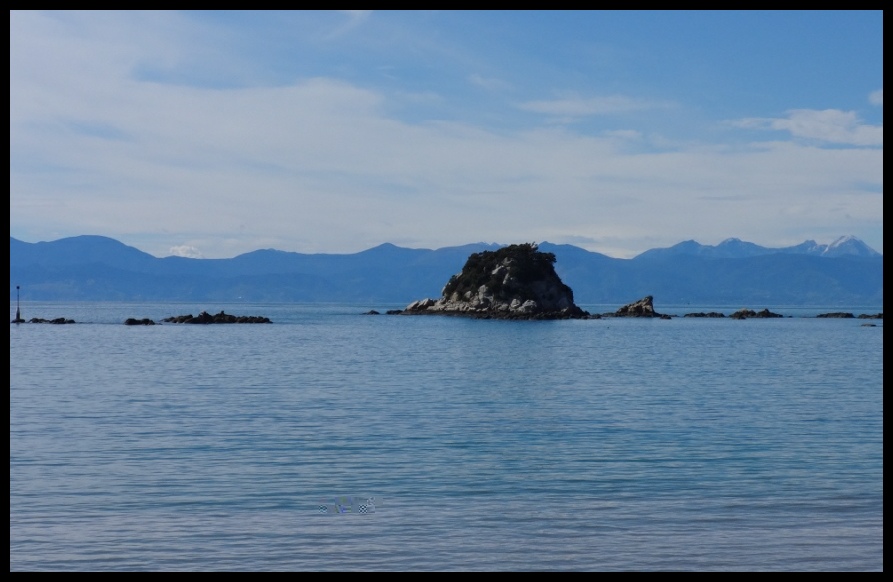 BELOW : The view is generally tranquil in good weather. 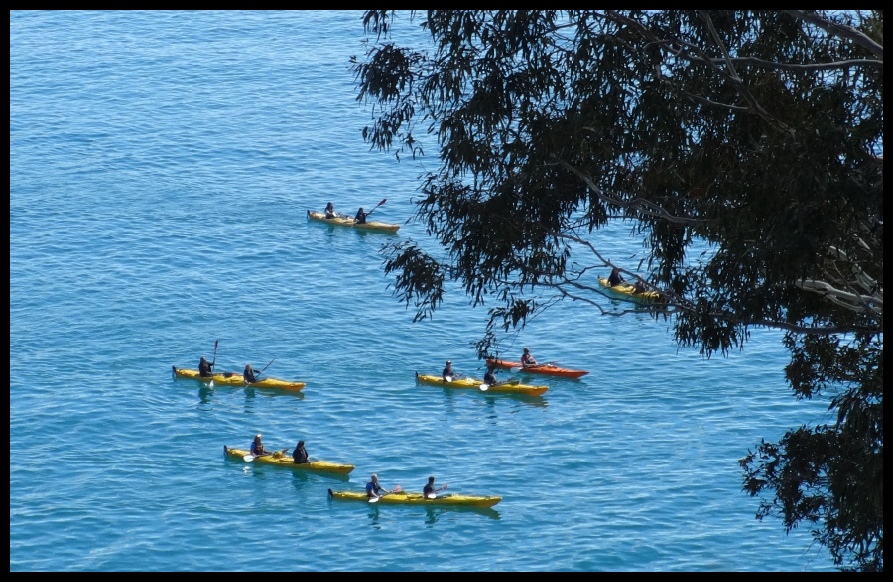 BELOW : From the lookout at Kaiteriteri. There are a group of kayakers paddling back toward the beach, returning from an escorted ‘expedition’ with a local hire company. 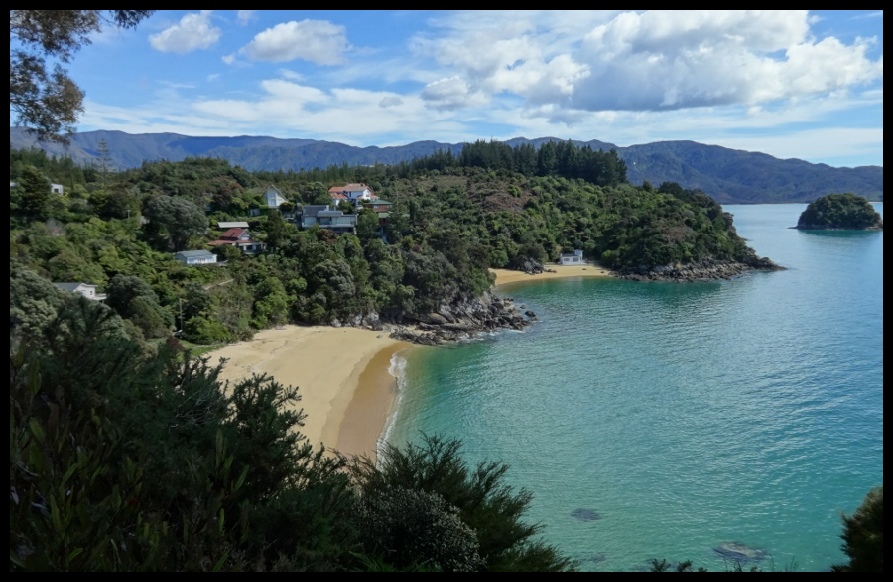 BELOW : Another view from the lookout. 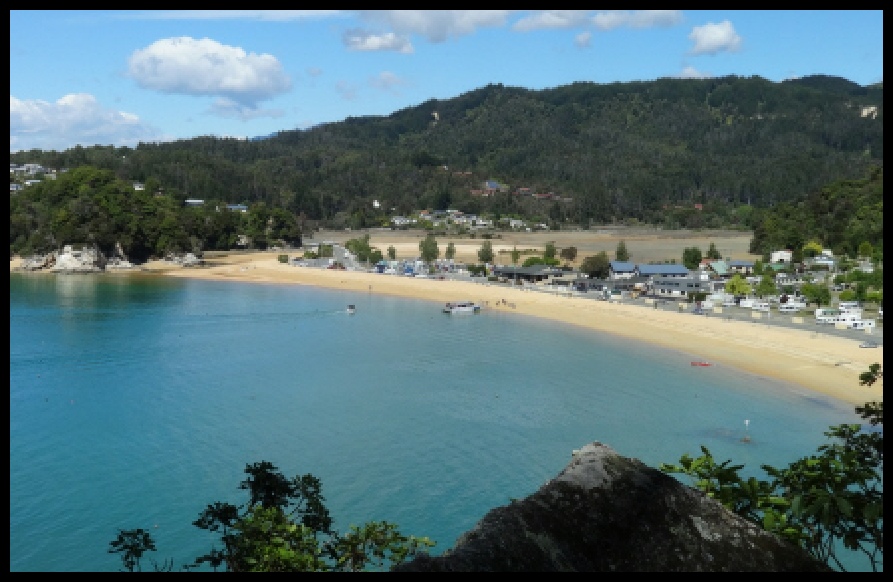 BELOW : One last view from the lookout at Kaiteriteri, showing the main beach area, and the hills surrounding this lovely place. 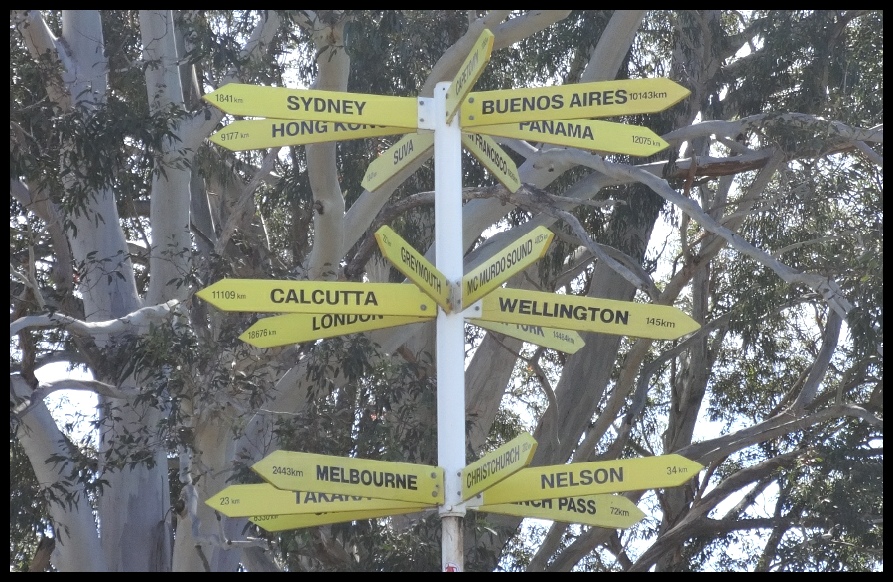 BELOW : Another bonus of travelling up to the lookout at Kaiteriteri is the signpost showing the distance to a number of the world’s major cities. London seems to be the winner at 18,676 km ! 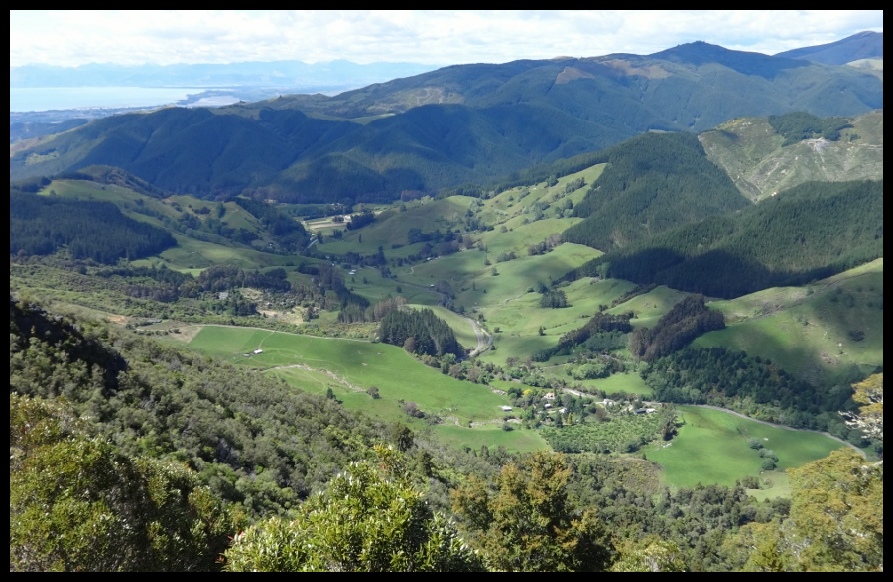 BELOW : Part of the view from Hawkes Lookout on Takaka Hill. (About a 30 min. drive from Motueka.) Taking in some of the beautiful Riwaka Valley. 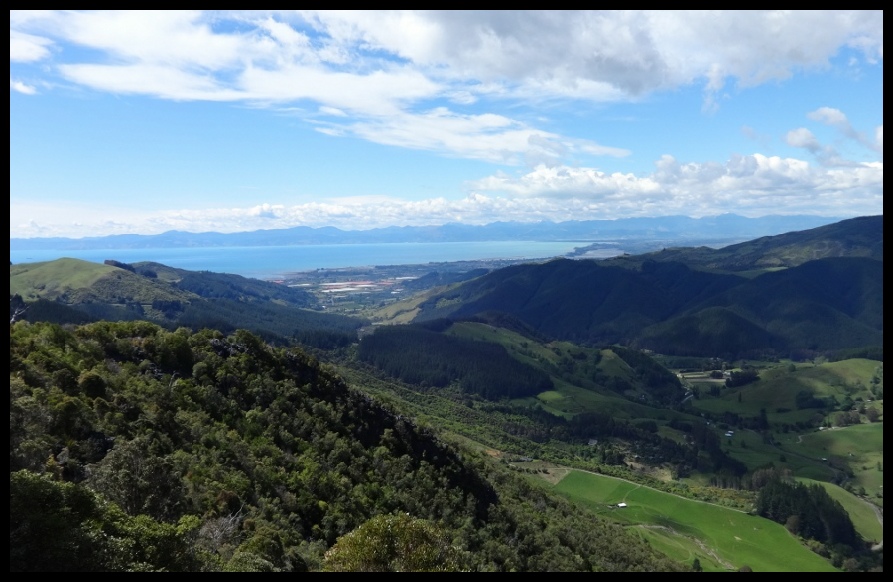 BELOW : Still at Hawkes Lookout, looking down the valley and back towards Motueka. 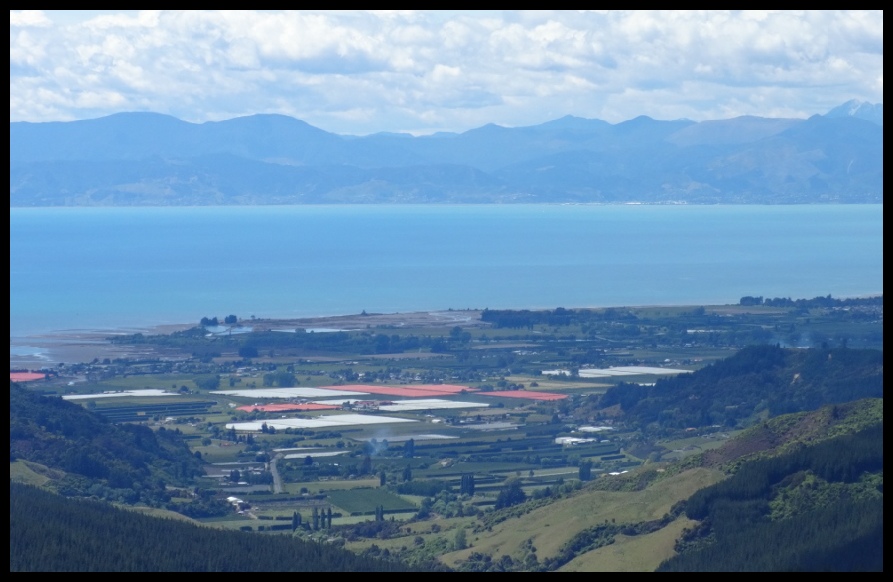 BELOW :  Zooming in on the same area as the previous photo. The red/brown and whitish areas are the material coverings which are suspended above fruit and hops crops, to protect them from weather and birds. 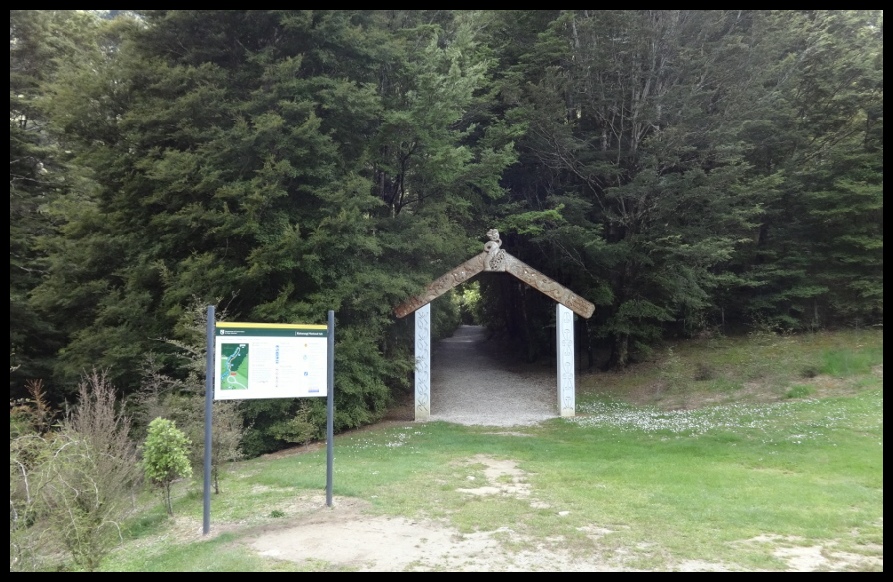 BELOW : We are now down in the Riwaka Valley, at the entrance to Kahurangi National Park. We have come to view the source of the Riwaka River.

BELOW : This is part of the sign in the photo above. 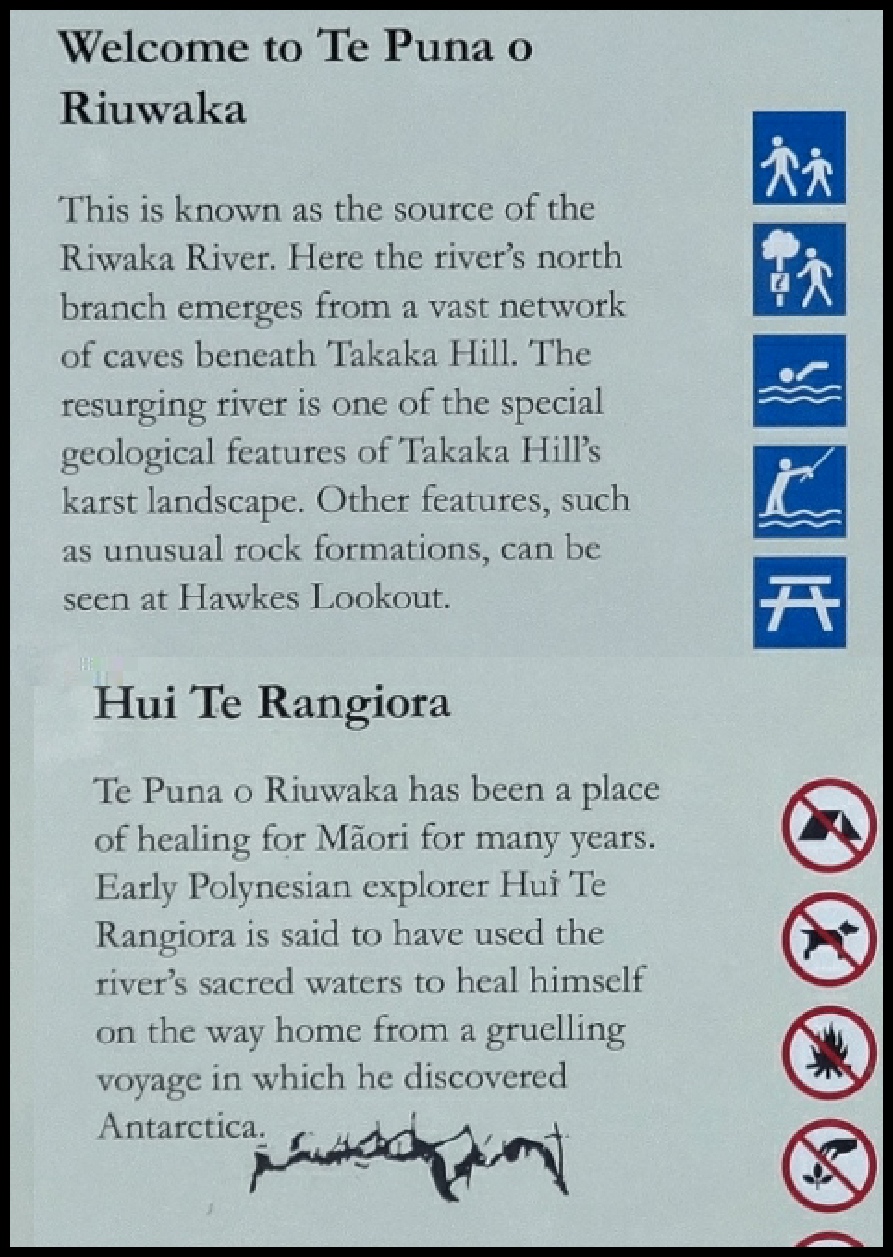 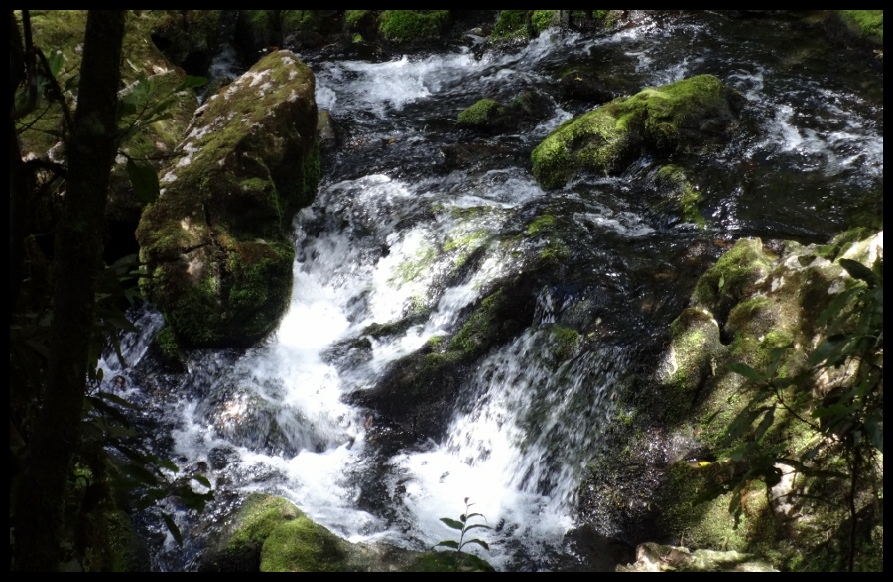 BELOW : The river source is a short walk from the main entry area. Along the way you can take in the quiet of the bushland, and view the shallow water flowing over rocks. 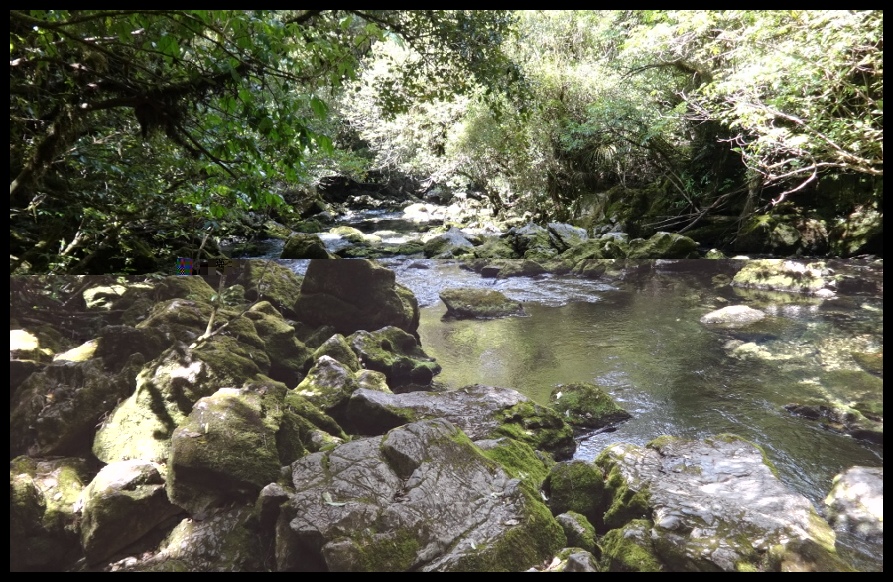 BELOW : Not all sections of the river are necessarily fast flowing. 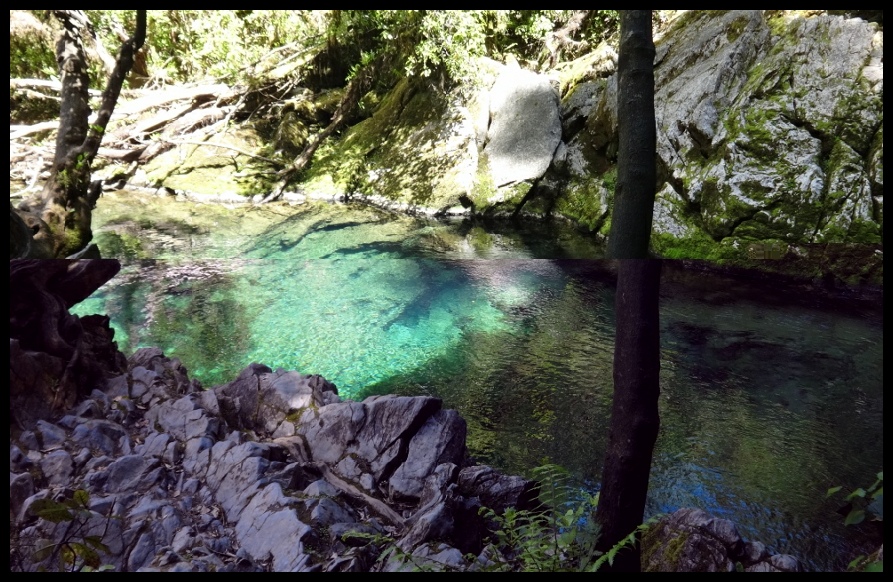 BELOW : We have reached the source of the river. This is where the river escapes from an underground cave. The water is particularly clear at this part of the river. 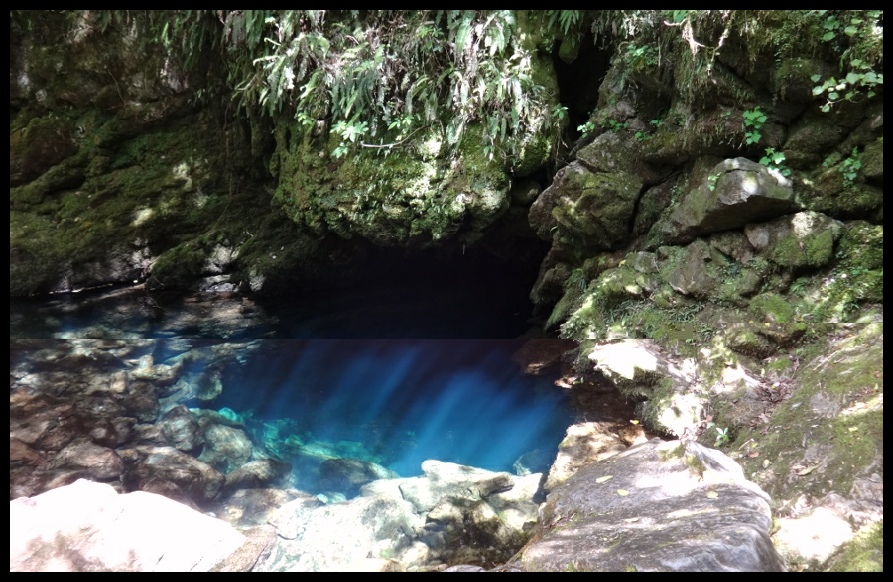 BELOW : This is the mouth of the cave, the source, and the water has more of a blue colour in appearance. 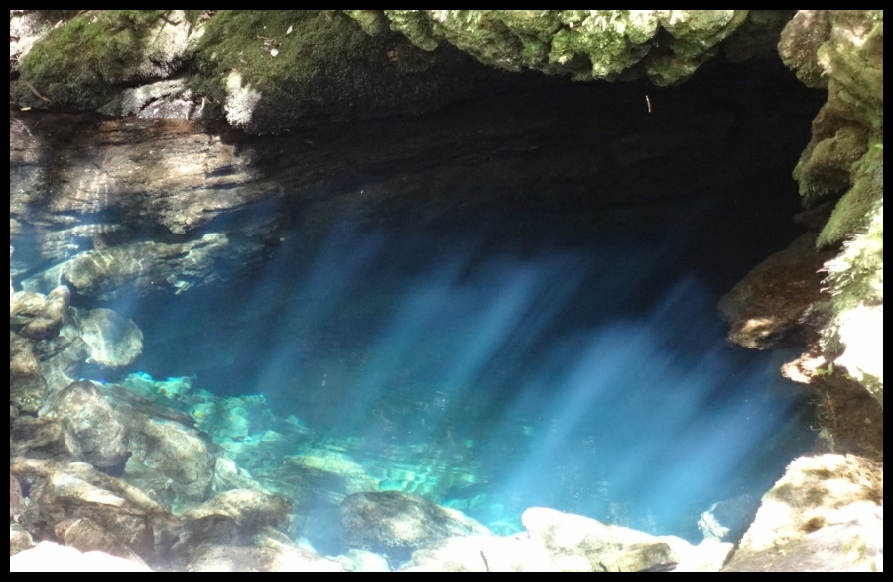 BELOW : A zoom shot from the same position as the previous photo. 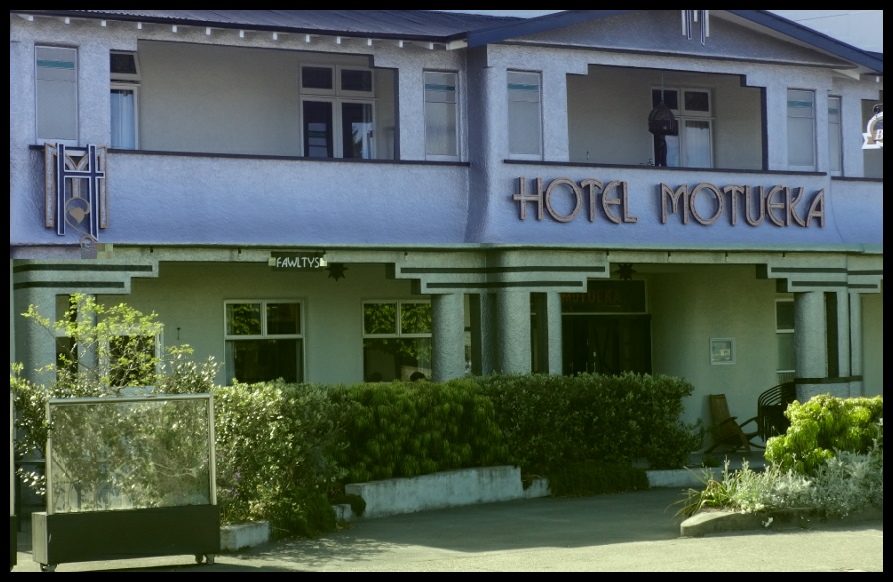 BELOW :  In the main street of Motueka is the Hotel Motueka. 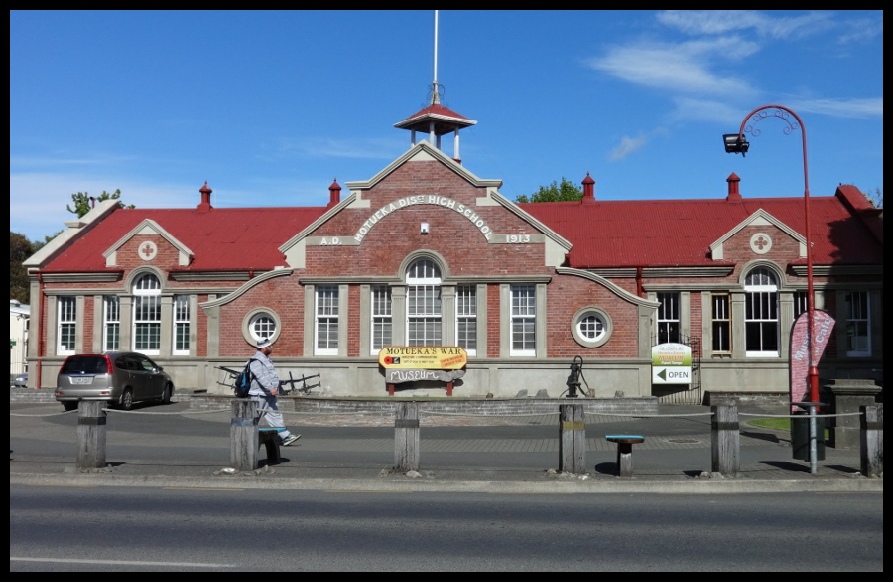 BELOW : The original Motueka District High School is now a War Museum. ( I did not go inside, maybe it commemorates the battles waged between Staff and Students from the area.)

On the North Coast of the South Island you will find the Tasman Bay area. The towns of Nelson, Motueka and Takaka and Kaiteriteri are in this area.

Below are some photos taken in this area during a visit in November,